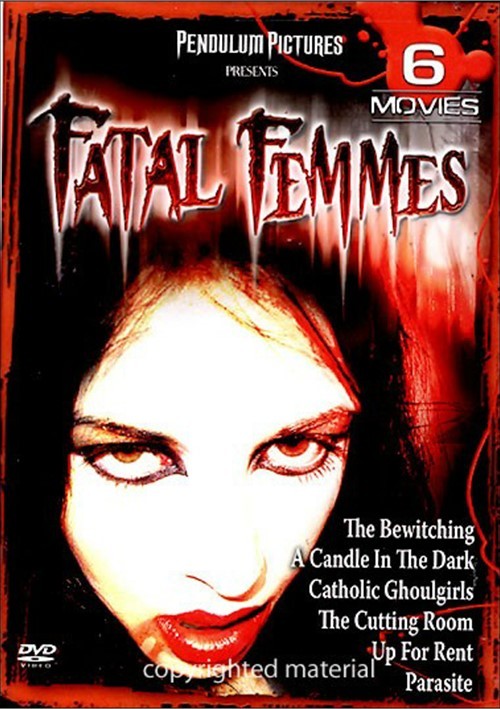 Passion and fury burns inside Gretchen, an ancient witch who longs to experience mortal pleasures of the flesh. However, this is sacrilege against her Order of Witches. No longer being able to hold back, Gretchen flees the coven for Las Vegas to find her mortal prey and satisfy her thirst for earthly debauchery. However, Gretchen learns too late the pains of pleasure.

A Candle In The Dark

A series of "vampire" style murders on campus has Sarah scared of her own shadow - It doesn't help that her new dorm mate Lilith wears only gothic clothing, is afraid of crosses, avoids daylight and resembles a member of the undead. Sarah becomes convinced that Lilith has something to do with the horrendous murders. When Sarah can't convince others of her outlandish theory...she becomes the next target.

When the undead rise from the grave and invade their small town, a group of catholic schoolgirls must team up with a local gang in an effort to escape from the dead. They are pursued by a pair of lesbian nuns and Death himself - who happens to be gay. Catholic Ghoulgirls is an action-packed, hair-raising thrill ride.

A group of aspiring actors attend a cast party for their low-budget "Slasher" movie. Missing from the fun is the movie's director. What lies ahead for our aspiring actors? Will they meet their untimely demise or starve to death waiting for the pizza guy to arrive?

Three terrifying stories in one feature length movie! A perverse tale of terror is spun in "Push" as a woman with a tragic past suspects her lover is cheating on her and seeks a bloody revenge. "Eye to Eye" reveals the intricacy between a killer and the women he loves. Watch as a man with a dead-end life in "Wanna-be Deadly" decides to become the best serial killer ever...at least he tries to be.

A scientist discovers that he's become a vessel for the evil ambitions of someone else. Richard Austin is a scientist performing research on the paranormal. Helena is a woman who claims to have unusual powers of suggestion and volunteers to be a test subject for Richard. He soon realizes that he's gotten more than he imagined when he discovers that Helena is capable of taking control of his mind.