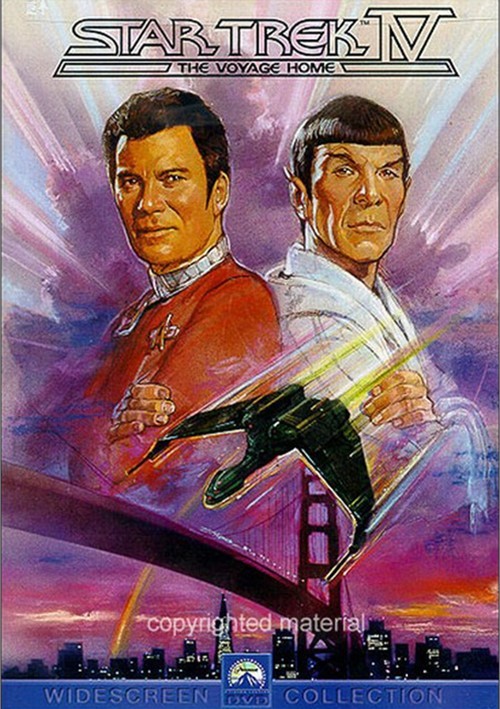 Please be advised. This title has been placed on moratorium and will no longer be available once stock is sold out.. This edition has been replaced with a new version and that version can be found elsewhere on the site

William Shatner, Leonard Nimoy and the rest of the U.S.S. Enterprise crew take to the skies in one of the most acclaimed and intriguing Star Trek adventures ever.

It's the 23rd century and a mysterious alien power is threatening Earth by evaporating the oceans and destroying the atmosphere. In a frantic attempt to save mankind, Kirk and his crew must time travel back to 1986 San Francisco where they find a world of punk, pizza and exact-change buses that are as alien as anything they've ever encountered in the far reaches of the galaxy. A thrilling, action-packed mission for the Starship Enterprise!