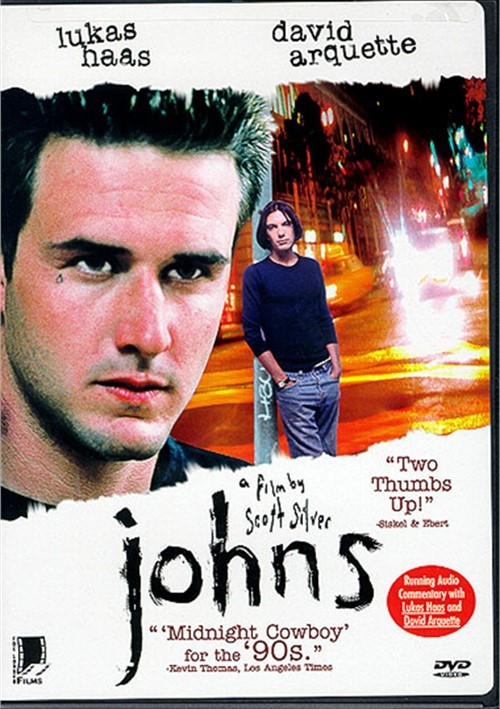 Luke Haas (Mars Attacks!, Witness) and David Arquette (Scream 1 & 2, Dream with the Fishes) star in this gritty and poignant look at the world of male prostitutes. johns takes the two through the course of a single day on the streets - hustiling for money and love, hoping for a little decency. John (Arquette), a veteran of the boulevard befriends Donner (Hass), a rookie to the streets who looks to John for advice and friendship. John knows that there are no true friends on the street - everyone is out for themselves, and you can only rely on one person: yourself. But, when the ingenious Donner naively tries to help John, he inadvertently sets the stage for an unforgettable climax. The haunting and evocative score by blues legend Charles Brown perfectly reflects the mood on the street of Hollywood's Santa Monica Boulevard.