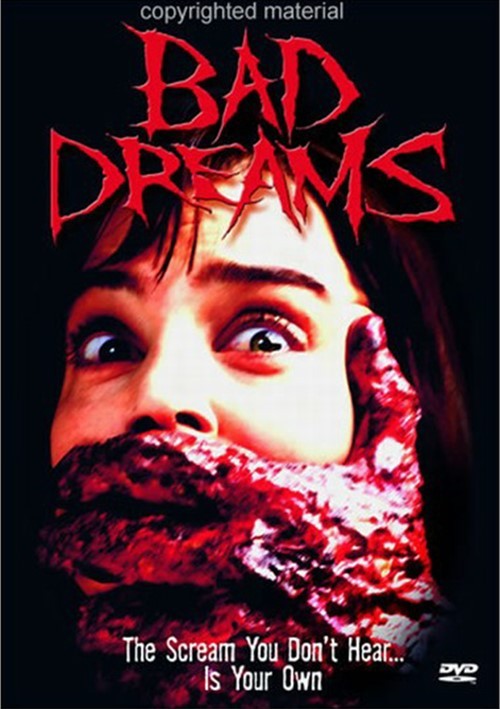 The Scream You Don't Hear... Is Your Own

In the mid-70s, the members of the love cult Unity Fields sought 'the ultimate joining' by dousing themselves with gasoline and committing mass suicide. A young girl blown clear of the fiery explosion was the only survivor. Thirteen years later, Cynthia (Jennifer Rubin of A Nightmare on Elm Street 3) awakes from a coma inside a psychiatric hospital with only buried memories of that horrific day. But now, her fellow patients are each being driven to their own violent suicides. Has the sect's hideously burned leader (Richard Lynch) returned to claim his final child, or is something even more depraved lurking within her Bad Dreams?