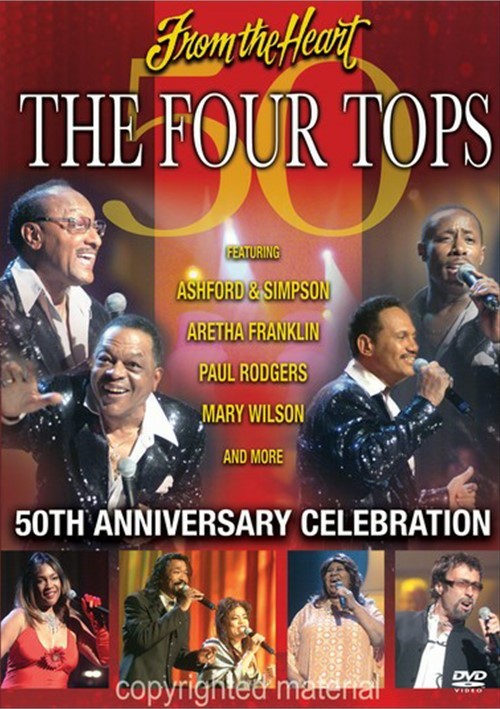 The year was 1954 and four Detroit high school students met at a friend's birthday party. They started to sing...and popular music has never been the same since. Now, 50 years later, The Four Tops are still doing it better than anyone else - live on stage at the famed Detroit Opera House, along with some very special guests in an amazing song-filled tribute. These legends of soul music are joined by hosts Nick Ashford and Valerie Simpson, Aretha Franklin, Paul Rodgers, Mary Wilson, Dennis Edwards and James Carter for hit after unbelievable hit. The show reaches its electrifying and emotional climax with the return to the stage of the legendary Levi Stubbs. For any fan of music, this is a performance to remember!

Baby I Need Your Loving

When She Was My Girl

Are You Man Enough

The Four Of Us

Loving You Is Sweeter Than Ever

I Wanna Make It Up To You

I Believe In You And Me

Bernadette, It's The Same Old Song*

Reach Out I'll Be There*

Standing In The Shadows Of Love*

Baby I Need Your Loving