Last Days Of Pompeii, The 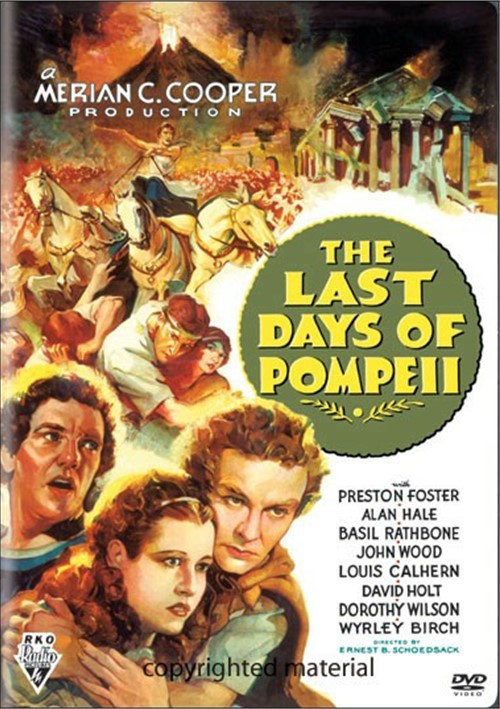 Last Days Of Pompeii, The

A sky ablaze in flame and ash. Massive edifices collapsing in ruin. Scorching lava flows. The filmmakers and special-effects team behind King Kong recreate one of the most dramatic events in human history - the volcanic eruption that buried a city alive in the time of Imperial Rome.

The grandeur of an era and the terror of nature at its deadliest come to the screen in this classic spectacle starring Preston Foster, basil Rathbone, Alan Hale and Louis Calhern. Foster plays a simple blacksmith who rises to glory and riches and crosses paths with Jesus and Pontius Pilate. But his wealth means nothing when Mt. Vesuvius releases its fury. History tells us what happened. The Last Days of Pompeii shows us.

Review "Last Days Of Pompeii, The"

Reviews for "Last Days Of Pompeii, The"