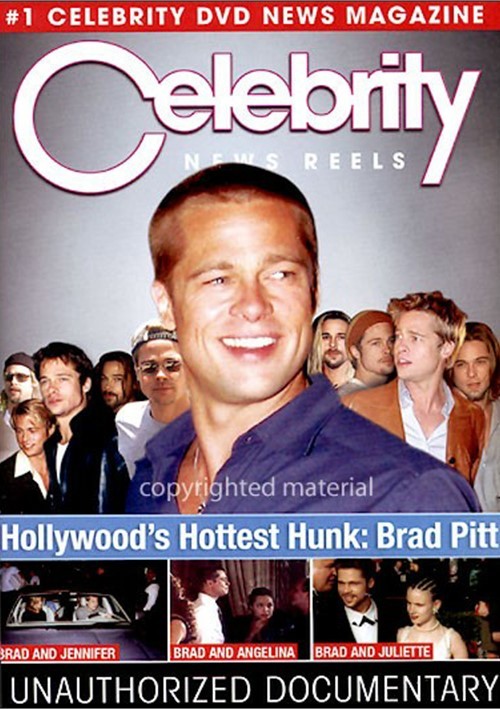 Everybody knows that Brad Pitt is not only the sexiest man in Hollywood, but he was most recently named one of People Magazine's Sexiest Men Alive for 2005. In this documentary captured by the world famous, King of the Paparazzi, E.L. Woody, you will see an intimate peek at the most sought after actor in America.

Celebrity News Reels brings to you some very interesting tid-bits about Brad Pitt's childhood, as well as a look at his rise to Fame and Fortune. Find out the real scoop about Brad and Jen's million dollar wedding! We will also give you a look into Brad's current and past love life, from the rumors, to the hard-hitting truth!

This unauthorized biographical documentary gives you a personal and real portrayal of Brad Pitt, the Actor, and the Man. See Brad as you've never seen him before, without the make-up, no costumes, and without the script. Here from Brad when he is out of town picking up food form the Ivy, to shopping for furniture in Los Angeles, or just hanging out with the Paparazzi in Hollywood.