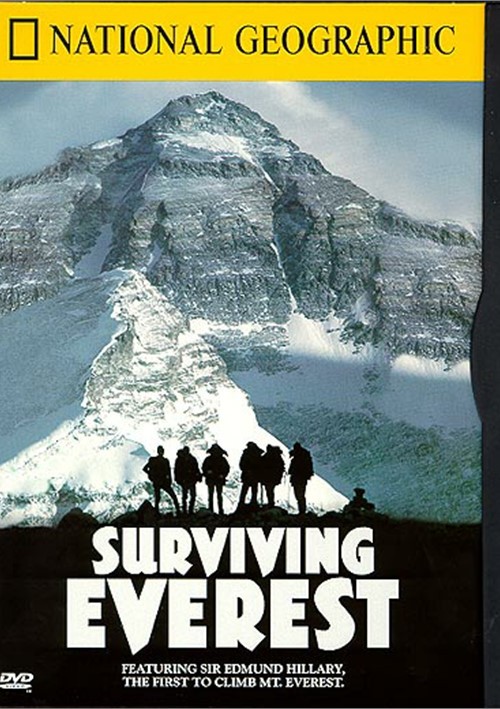 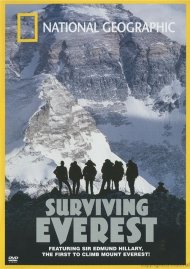 "You don't conquer it, you survive it." -Lary Nielson, Everest Survivor

Everest. It's the ultimate test for the extraordinary individuals who challenge its fearsome peak. Now National Geographic gives you a remarkable insider's look at what it takes to climb the highest, most dangerous mountain on earth. The adventure begins with the pioneering 1953 expedition of Sir Edmund Hillary and Tenzing Norgay - the two climbers who became the first humans to stand on Everest's towering, 29,028-foot summit. It continues as Hillary and his climbing companion return to Everest to celebrate their historic ascent. Complete with breathtaking footage from the original expedition, it's an inspiring tribute to the courageous few who have tamed this infamous mountain. Adventure seekers won't want to miss this unequalled account of the climbing event of the century, in Surviving Everest.