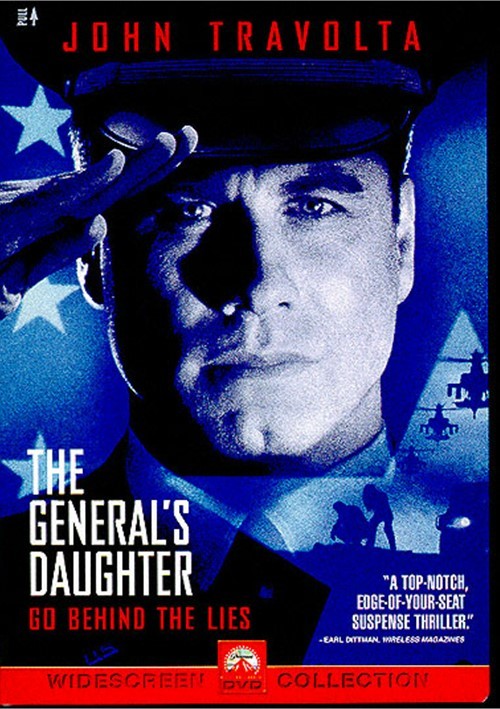 Go Behind The Lies

There's the right way, the wrong way, and the Army way. But there's no way military investigator Paul Brenner (John Travolta) is going to participate in a cover-up when Fort MacCallum officials try to hide the motive behind the murder of a beautiful female officer.

Travolta's magnetic performance sparks this riveting thriller from the director of Con Air and the producer of The Hunt For Red October.

Madeline Stowe plays Brenner's co-investigator and former flame. And James Cromwell, Timothy Hutton, Clarence Williams III and James Woods are among the suspects in this "steamy game of cat and mouse that will keep you guessing until the surprising, explosive ending." - Sandie Newton, CBS-TV

Reviews for "General's Daughter, The"