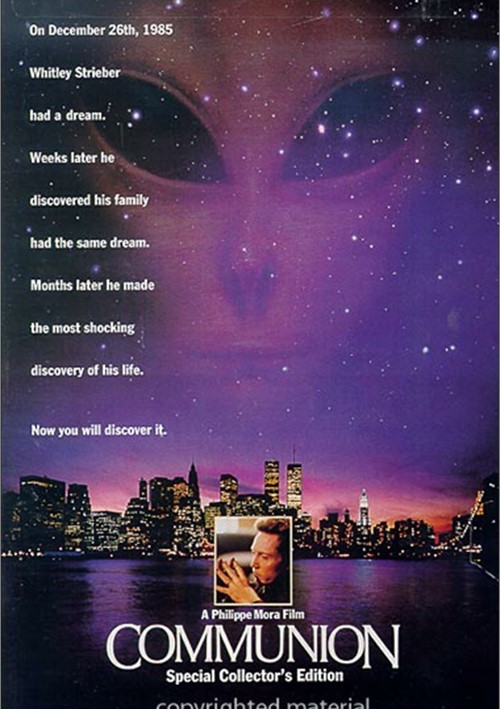 On December 25th, 1985 Whitley Strieber had a dream. Weeks later he discovered his family had the same dream. Months later he made the most shocking discovery of his life. Now you will discover it.

It is a great pleasure to introduce this picture I directed in 1988 in this new DVD "Special Edition". A truly independent feature, Communion continues to be a controversial film for anyone with a closed mind. At the time it was made, as filmmakers we had to fight for the right to make it ambiguous and agnostic in regard to the issue of an alien presence. Various powerful film companies wanted a straight horror film or an outright affirmation of alien existence which would have undermined an unbiased point of view. The psychological dimensions of Whitley Strieber's extraordinary book upon which the film is based continue to fascinate me and the issues raised in the film continue to engage millions. A man approached me at a UFO conference and said, "Your film is a fraud." I replied, "How can you say that?" He answered, "The aliens told me!"