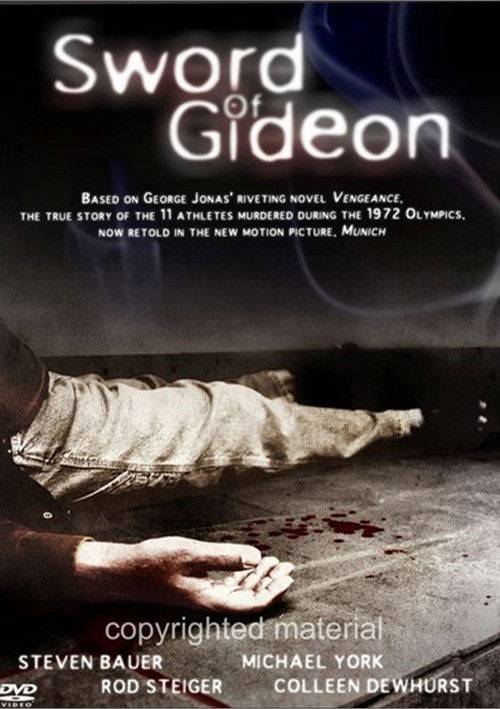 The true story of the 11 athletes murdered during the 1972 Olympics, now retold in the new motion picture, 'Munich'

The Olympic Games, Munich, 1972. Eleven athletes were taken hostage by terrorists. The brutal surprise attack ended in the young athletes' savage deaths and shocked the entire world. Sword of Gideon is the powerful drama about the anti-terrorist commandos who vowed to avenge their murders. It is the true story of the men and women who were willing to risk their lives and leave their families to fight the still-raging wars - the wars that drive men of peace to commit acts of vengeance.

Reviews for "Sword Of Gideon"