Kingdom Of Heaven / Anna And The King (Fullscreen) (2 Pack) 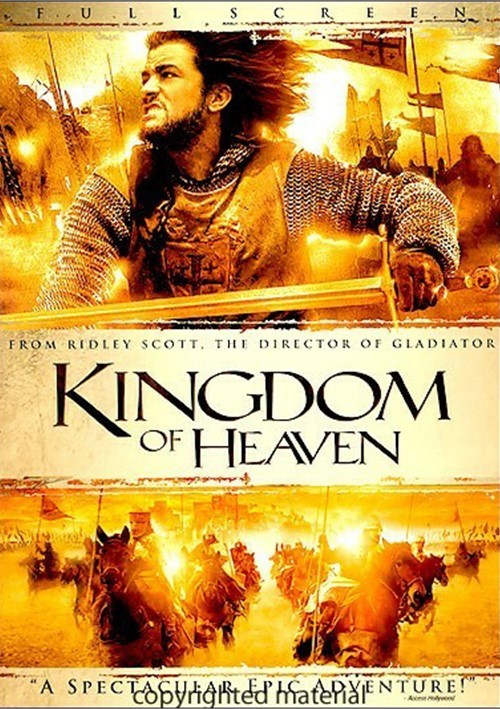 Kingdom Of Heaven / Anna And The King (Fullscreen) (2 Pack)

From Ridley Scott, the visionary director of Black Hawk Down and Gladiator, comes a thrilling, action-packed epic of honor, passion and courage that "explodes with adventure" (Chicago Tribune). Orlando Bloom heads an all-star cast in this sweeping tale about a young knight during the Crusades who must battle overwhelming f-rces to save his people, and fulfill his true destiny.

Anna And The King

Academy AwardÂ® winner Jodie Foster and international action star Chow Yun-Fat bring to life the epic true story of a woman who challenged the heart of a king and inspired the destiny of a nation.

English schoolteacher Anna Leonowens has traveled to Siam to educate the fifty-eight children of King Monkut. If she has preconceived notions about the East, the King has similar notions about the West. But amid the danger of growing political unrest, their respect for each other slowly turns into something more.

Reviews for "Kingdom Of Heaven / Anna And T"