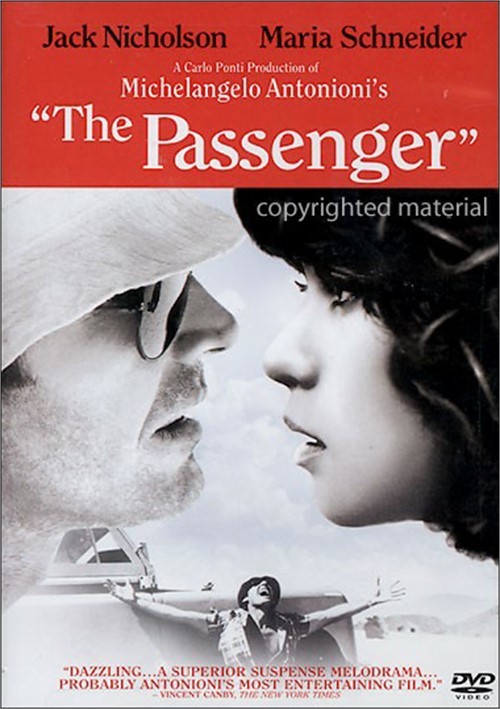 When a fellow traveler dies suddenly, burned-out journalist David Locke (Jack Nicholson) assumes his identity. Using the dead man's datebook as a guide, Locke travels throughout Europe and Africa, taking meetings with dangerous gun runners and falling for a beguiling young woman (Maria Schneider). But his exciting newfound freedom carries a fateful price as Locke gradually realizes he is in over his head.

Featuring a tour-de-f-rce performance by Nicholson, The Passenger won the Bodil award in 1976 for Best European Film and was nominated for the Golden Palm at the 1975 Cannes Film Festival. Newly remastered, this classic is now released on DVD for the first time.

Reviews for "Passenger, The"