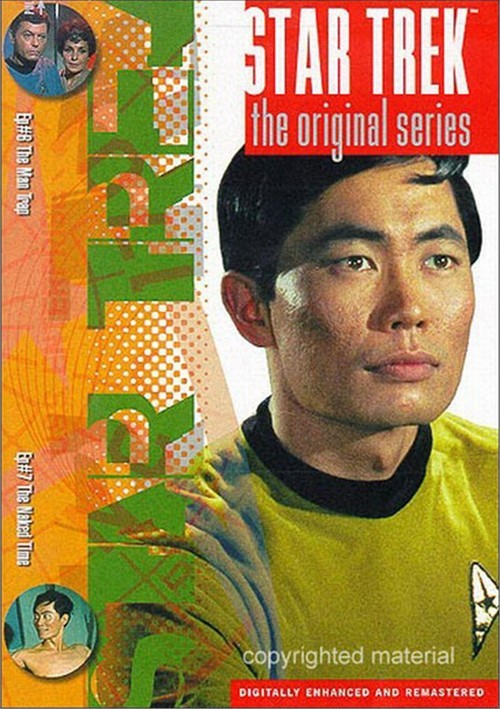 When the U.S.S. Enterprise's landing party arrives on a planet to give a routine medical examination to Nancy and Robert Crater, a nightmare unfolds when several members die, every trace of salt mysteriously removed from their bodies. Since McCoy was once deeply in love with Nancy, he's especially concerned for her safety. However, the real Nancy Crater is already dead; a being has taken her form and needs salt to survive. Because Carter's supply is gone it has only one source - the crew of the U.S.S. Enterprise.

Sent to pick up a research team, the U.S.S. Enterprise finds the scientists dead. One of the landing party brings the disease back to the crew, f-rcing suppressed emotions to the surface. Sulu becomes a modern day D'Artagnan. Lt. Kevin Riley shuts down the engines. Spock and Kirk are also affected. In one of the series' most powerful scenes, they help each other overcome their inner fears. Kirk must race against time before the ship is pulled into the disintegrating planet