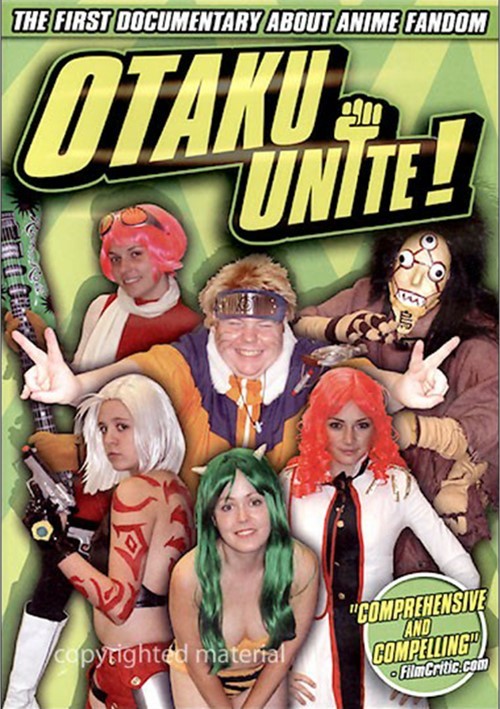 The First Documentary About Anime Fandom

oÂ·taÂ·ku (o ta'ku), n. 1: An avid anime fan with an addiction to Pocky and unhealthy compulsion to dress up in bright, vivid costumes. Spends large amounts of money on gashapon, UFO catchers and garage kits. 2: More than likely, anyone holding this DVD.

Explore the world of otaku, the devoted fans of Japanese animation. Since the introduction of Speed Racer to the U.S., these men, women and children have built a community based on their common love for this uniquely imaginative medium. Through conventions, fan clubs, online forums, and more, they have expanded otaku fandom into a highly popular cultural phenomenon. Otaku Unite! is the first documentary to follow the evolution of this phenomenon from its humble beginnings to its current state as a major influence of pop culture today.