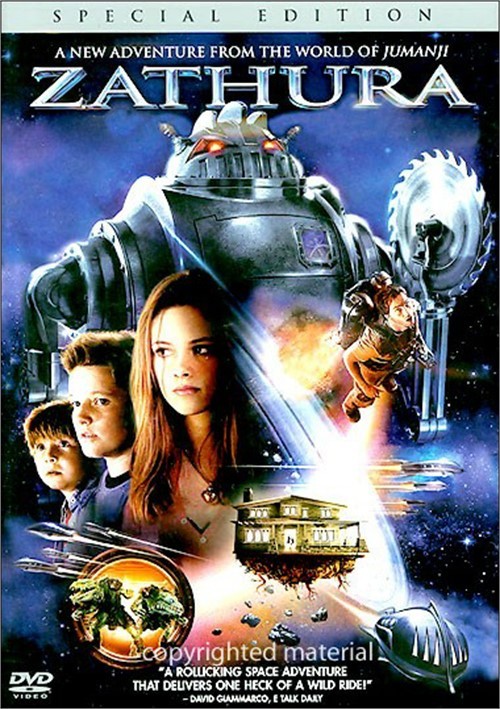 In this heart-racing science fiction adventure, Zathura, two squabbling brothers are propelled into deepest, darkest space while playing a mysterious game discovered in the basement of their old house. On their fantastic journey, they are joined by a stranded astronaut and must survive meteor showers, hostile lizard-like aliens, a rocket-propelled robot who runs amok and an intergalactic spaceship battle. Unless they finish the game, and reach the planet Zathura, they could be trapped in outer space forever.

When young Alan Parrish discovers a mysterious board game, he doesn't realize its unimaginable powers, until he is magically transported before the startled eyes of his friend, Sarah, into the untamed jungles of Jumanji! There he remains for 26 years until he is freed from the game's spell by two unsuspecting children. Now a grown man, Alan (Robin Williams) reunites with Sarah (Bonnie Hunt) and together with Judy (Kirsten Dunst) and Peter (Bradley Pierce) tries to outwit the game's powerful f-rces in this imaginative adventure that combines breathtaking special effects with an enchanting mixture of comedy, magic and thrills.

The Right Moves: The Making Of Zathura

Race To The Black Planet: A Visual Effects Documentary

The Cast Of Zathura

Miniatures and the World of Zathura

The World of Chris Van Allsburg