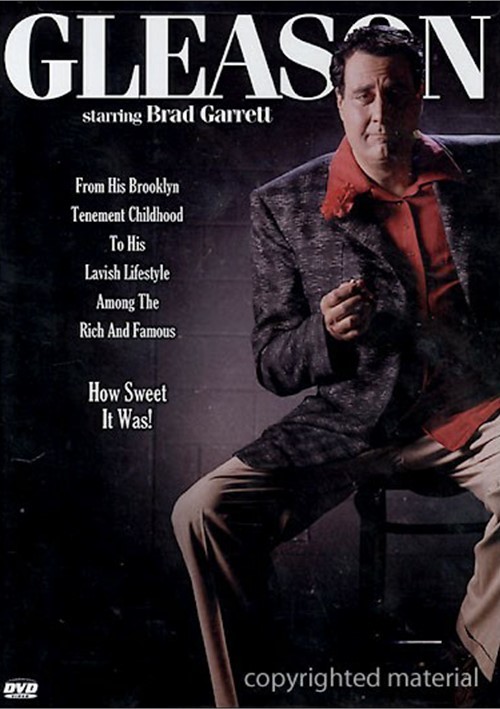 From His Brooklyn Tenement Childhood to His Lavish Lifestyle Among the Rich and Famous. How Sweet It Was!

The story begins at the height of Gleason's career. He has it all: women, wealth, and extraordinary power. But he is haunted by memories of his childhood. Gleason spends his formative years entering amateur contests, performing in sleazy night spots. Along the way, he steals gags from the best comics in town and finds love with Genevieve, a dance whom he marries.

But Gleason isn't the ideal husband or even a responsible father as he abandons his family to answer the call of Hollywood. Brash, arrogant, and egotistical, he alienates his directors and the man who discovers him. When he ends up back in New York, Gleason gets one of those rare second chances in the new medium of television, creating some of its most unforgettable characters. But even as Gleason becomes the talk of the tube, his life - ruled by demons of rage, booze, and insecurity - unravels.

As intricate as any character he ever created, as funny as any man that eve lived, Hallmark Entertainment's Gleason is the story of one man's shining triumphs and shattering heartbreaks.