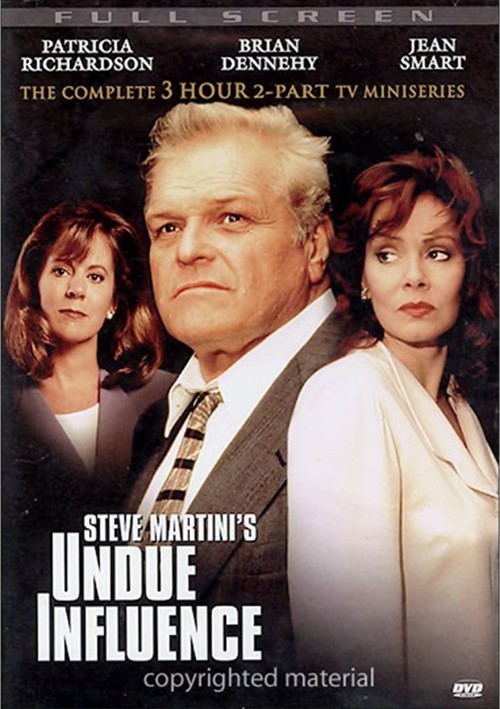 Lawyer Paul Madiani (Brian Dennehy) becomes embroiled in his most baffling case at a most difficult time. His wife Nikki has died of cancer and he's caring for his daughter Sarah while negotiating a custody settlement between his sister-in-law Laurel (Patricia Richardson) and her ex-husband, Senator Jack Vega (Richard Masur), over 17-year-old Danny (Eric Michael Cole).

When Vega's new wife Melanie is found murdered, suspicion points to Laurel who was filmed by a security camera arguing with her at her home just hours before the shooting. At the crime scene, Paul meets a long-time friend, U.S. Attorney Dana Colby (Jean Smart), and grudge-bearing detective Lama, who claims an airtight case against Laurel. Paul tries unsuccessfully to arrange a plea bargain.

Investigating, he finds the Vegas' neighbors, George and Kathy Merlow, have disappeared. His questioning of Kathy's postal co-worker is cut short by a package bomb meant for him. Before the blast that kills the co-worker and six patrons, but spares Paul, he learns the Merlows are hiding in Jamaica.

A romance develops between Dana and Paul, as the search shifts to the island, with support of an FBI team. Paul locates Kathy Merlow, but gunfire from an unknown hit man sends them fleeing in different directions. Dana later reports the killer caught up with both Merlows and dumped their bodies in the ocean.

Tipped by Dana that Senator Vega has made a deal for leniency in return for cooperation in a federal corruption probe, Paul exposes the senator on the witness stand at Laurel's trial in order to raise the possibility of other enemies and cast reasonable doubt on Laurel's guilt. When he discovers Kathy Merlow was an alias for a relocated witness reported killed in a car accident, he suspects her death was faked a second time. Peeling back layers of government cover-up, Paul wins Laurel's acquittal. A final attempt on Paul's life is thwarted when Laurel guns down the mystery hit man. Only then does he discover the identity of Melanie's murderer. It's a secret that strikes close to home - a secret Paul keeps to himself as he returns to his daughter.