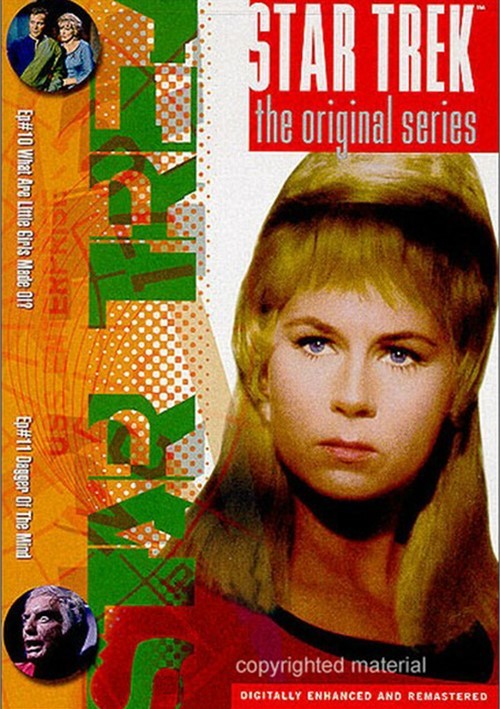 What Are Little Girls Made Of?: (Episode 10)

The U.S.S. Enterprise is assigned to discover what has become of Dr. Roger Korby (Michael Strong), the " Pasteur of Archaeological Medicine." There's been no word from him for five years. When Korby is found living in the tunnels of a frozen planet, his fiancÃ©e Christine Chapel and Kirk beam down. They're horrified to learn that Korby has developed the ultimate android in hopes of populating the universe with them. To prove his theory sane, Korby manufactures an android Kirk - but not before the real Kirk programs it to warn Spock.

While delivering supplies to a penal colony, an inmate escaped to the U.S.S. Enterprise and demands sanctuary. He is Dr. Simon Van Gelder (Morgan Woodward), assistant to the director of the colony, Dr. Adams (James Gregory). Answering questions causes great pain, but Van Gelder begs not to be returned and hints at horrors committed against patients by Dr. Adams. Kirk beams down to investigate while Spock tries to break through Van Gelder's wall of agony. As a result, he is the first participant in a Vulcan Mind Meld.