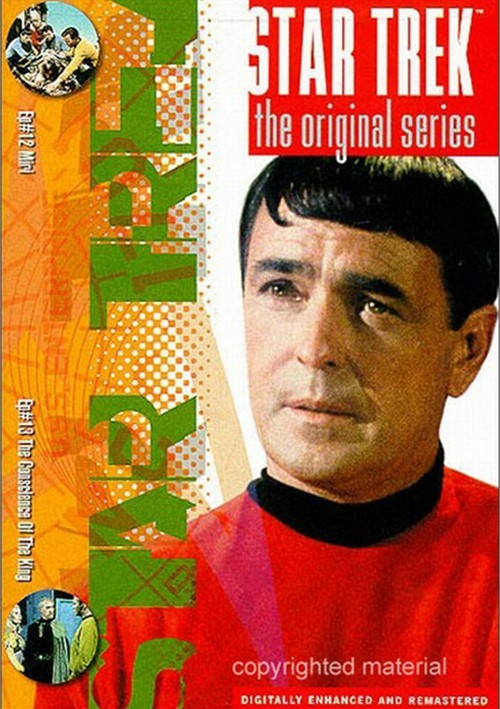 Investigating an old-style distress signal, Kirk, Spock, McCoy and a landing party beam down to a planet that's identical to Earth. They find a decaying 20th century city inhabited only by "ancient children," diseased by a life-prolongation project that killed off the adults 300 years before. Aging imperceptibly, the children contract the disease when they reach puberty. Among the rubble, Kirk discovers Miri (Kim Darby), their only hope for survival, when they are all stricken with the still contagious plague.

Conscience of The King: (Episode 13)

Mass murderer aboard the U.S.S. Enterprise! Kirk beams up Anton Kardian (Arnold Moss) and unknown to him, danger lurks in the corridors of the starship. Could Karidian be Kodos the Executioner, thought to have died 20 years ago? When Karidian's Shakespearean acting troupe performs, beware...the play's the thing! Watch closely for your only chance to see the Observation Deck; it's not seen in any other episode. And bid farewell to Lt. Kevin Riley in his last appearance in Star Trek.