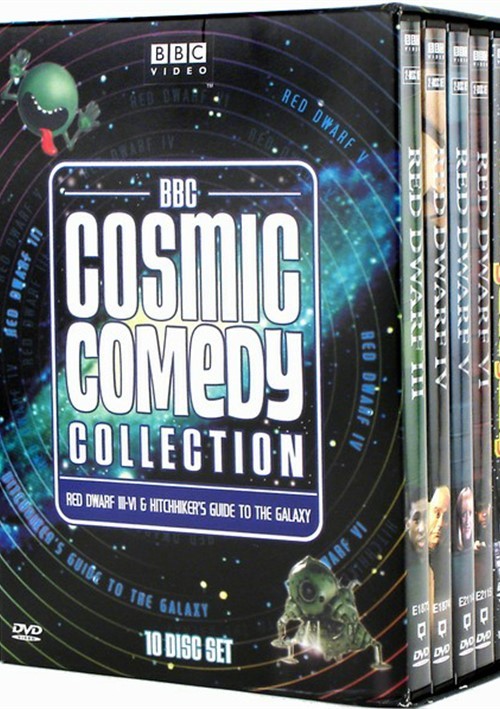 Enter a society significantly different from our own, where the level of science and technology are vastly advanced. This is a simple journey to explore the world of comedy, starting and ending eith the BBC sci-fi comedy collection. Join the crew of the mining ship Red Dwarf as it prepares for interstellar laughs in this wildly zany BBC comedy series and then, after Earth is destroyed, make your way into hyperspace and bypass the furthest recesses of the cosmos armed only with the mysterious, but indispensable Hitchiker's Guide to the Galaxy. Courageously go where no one has gone before, in search of adventure, women, and a really good laugh.

The Hitchhiker's Guide To The Galaxy

With the galaxy's best-selling tour guide and a good towel, earthling Arthur Dent and Ford Prefect (actually from planet Betelgeuse) are transported, amoung other places, to the Restaurant at the End of the Universe and back to the beginning of time.

The Red Dwarf crew stumble further into deep space facing an emotion-sucking polymorph, a psychotic mechanoid and a version of Earth where time runs backwards.

Red Dwarf is lost and Lister can't remember where he parked it. Chasing their mother ship leads them through simulant hunting zones, hostile GELF space and a wild west reality.