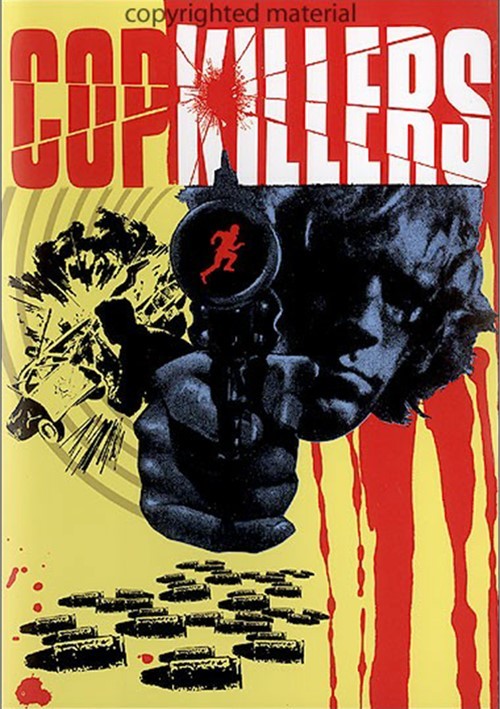 A Drug Deal Gone Wrong!! Somebody's Got To Pay!

In front of them, cops. Behind them, dead cops. They are...the Copkillers! Two wayward long-haired ne'er-do-wells (Bill Osco and Jason Williams) will do just about anything to score some easy money. This includes smuggling large quantities of narcotics across the border. But nothing seems to go according to plan. So they steal a getaway ice cream truck, take hostages, and terrorize innocent bystanders. As the law turns up the heat, the duo soon turn on each other. Can they keep it together long enough to get their money? Or will the cops get their revenge? Either way, they're gonna get what's coming to them?

From the people who brought you The Being and Flesh Gordon, with makeup effects by Rick Baker (An American Werewolf In London).