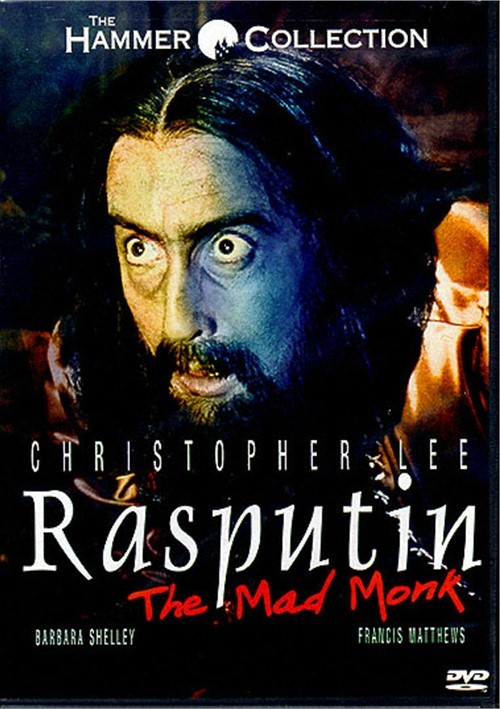 Hammer Films' dual reputation for screen shock and flamboyant costume adventure meld in this tale of the real-life "holy man" whose evil charm held the fate of an entire nation in its grip.

In the early twentieth century Czarist Russia, Rasputan (Christopher Lee), a wild-eyed peasant monk, mysteriously demonstrates his healing powers by saving a woman's life and asking only for wine and Bacchanalian celebration in return. Soon Rasputin uses his evil charm and powers to become increasingly manipulative and violent. Ferocious, dvious, sensous and other-worldly, whis uncouth peasant ingratiated himself into the lives of the sophisticated roayal class. Christopher Lee's multi-layered performance as the monk rates as one of the best portrayals in any film.

Reviews for "Rasputin: The Mad Monk"