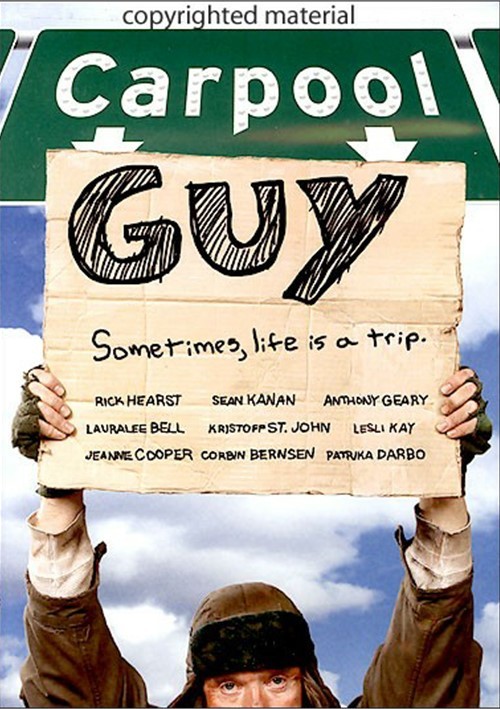 Sometimes, Life Is A Trip.

Rick Hearst stars as Joel Goodman, an advertising executive determined to excel in his marriage and career. When his workaholic colleague unexpectedly passes away, Joel and his friend Tom (Sean Kanan) are f-rced to battle it out for the promotion and coveted corner office. Convinced that his daily crawl in Los Angeles traffic is taking a toll on his career, Joel decides to pay a homeless man (Anthony Geary) to sit in the passenger seat of his car so he can use the carpool lane. After a rocky start, Joel and the "Carpool Guy" form an unexpected bond and learn that changing lanes can change your life. The star-studded cast includes Jeanne Cooper as Joel's feisty employer, director Corbin Bernsen as Michael Lundsford, a mamma's boy who turns out to be a mamma's worst nightmare, Kristoff St. John as Joel's gay arch nemesis, and Lauralee Bell who shines as Joel's free spirited wife, Hope. Patrika Darbo, Lesli Kay, Sharon Case and others make Carpool Guy one wild journey on the highway of life!