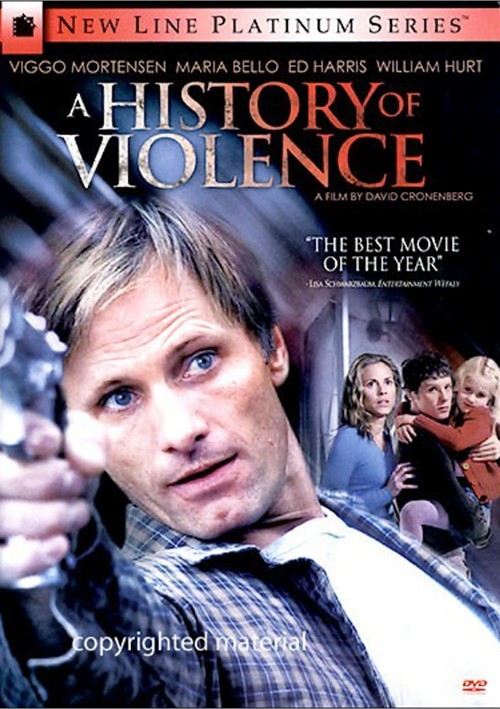 Tom Stall had the perfect life... until he became a hero.

In this thrill-packed actioner, a small-town diner owner, Tom Stall (Viggo Mortensen, The Lord of The Rings) finds himself a local hero after he successful takes down two thugs during an attempted robbery. But his sudden celebrity draws unwanted attention from the outside world, including mobsters Carl Fogarty (Academy Award nominee Ed Harris, A Beautiful Mind) and Richie Cusack (Academy Award winner William Hurt, Kiss of the Spider Woman), who insist that Tom is intricately tied to their past. Fogarty begins stalking Tom's wife (Maria Bello, The Cooler) and children, resulting in a bloody standoff in which Tom must protect his family from what is either a case of mistaken identity or a violent past that's finally caught up with him.

Review "History Of Violence, A"

Reviews for "History Of Violence, A"