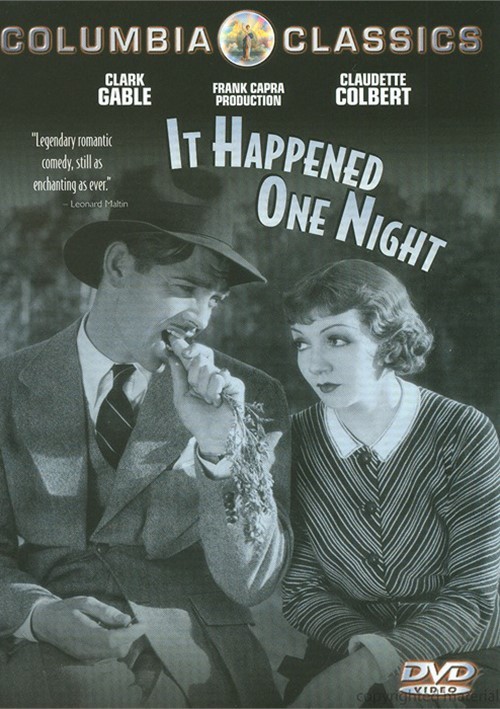 "Legendary romantic comedy, still as enchanting as ever." - Leonard Maltin

Clark Gable and Claudette Colbert team up for laughs as mismatched loves in this 1934 screwball comedy classic. Spoiled Ellie Andrew (Colbert) escapes from her millionaire father (Walter Connolly), who wants to stop her from marrying a worthless playboy. En route to New York, Ellie gets involved with an out-of-work newsman, Peter Warne (Gable). When their bus breaks down, the bickering couple set off on a madcap hitchhiking expedition. Peter hopes to parlay the inside story of their misadventures into a job. But complications fly when the runaway heiress and brash reporter fall in love. Directed by Frank Capra, It Happened One Night was the first movie to be honored with all five major Oscars; Best Picture, Best Actor, Best Actress, Best Director, and Best Screenplay.

Review "It Happened One Night"

Reviews for "It Happened One Night"