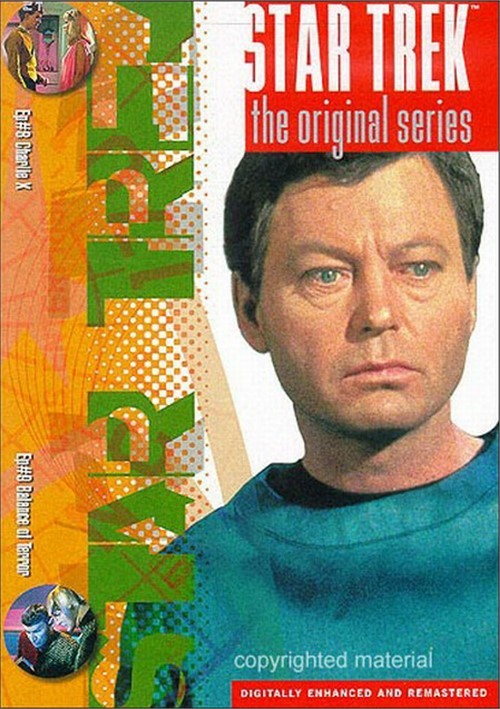 The cargo ship Antares transfers Charlie Evans (Robert Walker Jr.) to the U.S.S. Enterprise on his way to Alpha Five Colony. When the Antares is destroyed and crew members vanish, Kirk realizes Charlie is responsible but has little control over his deadly powers. Special treats: Spock playing his Vulcan Iyre, Uhara

singing, and Thanksgiving aboard the U.S.S. Enterprise.

Federation outposts destroyed by Romulans! It's a game of cat and mouse for Kirk and the Romulan commander (Mark Lenard), whose cloaking device renders his ship invisible - and very deadly! How long can Kirk protect the U.S.S. Enterprise from his unseen enemy? This is our first look at the Romulans, and we'll learn why they mysteriously resemble the Vulcans. Mark Lenard is the only performer to have portrayed a Romulan, a Vulcan (Journey To Babel), and a Klingon (Star Trek - The Motion Picture).