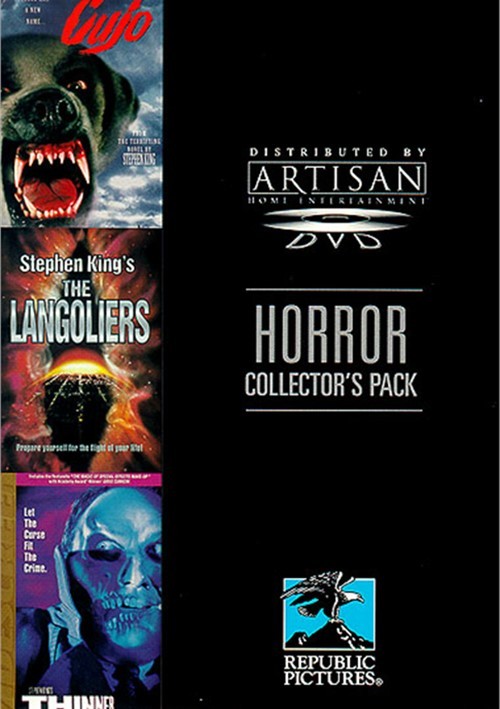 Monstrous canine evil stalks a helpless, isolated family in this shock-packed horror-thriller from suspense master Stephen King's best-selling novel! Starring Dee Wallace (E.T. the Extra-Terrestrial, The Howling, 10), Daniel hugh-Kelly (Nowhere to Hide) and Ed Lauter (King Kong, Girls Just Want to Have Fun), Cujo unleashes the ultimate in nightmarish, unrelenting terror. In rural Maine, Vic and Donna Trenton struggle to repair their crumbling marriage, while their young son Tad befriends a hulking, lovable, 200 pound St. Bernard named Cujo. With Vic away on business, Donna and Tad take their decrepit car to be fixed at the remote farm of their mechanic. As their aging Pinto sputters to a stop and dies, Cujo appears. But the once docile dog has undergone a hideous transformation - and becomes a slavering, demonic, implacable killer possessed by almost supernatural strength- and unholy cunning. Critically acclaimed, Cujo is a fearsome, spine-chilling tour de f-rce from the most popular name in horror!

Something bizarre has happened aboard flight #29- a nightmare so chilling, so frightening, so unrelenting it could only come from the mind of Stephen King. Now the master storyteller of our time gives terror a new name in the Langoliers. A jet leaves on a red-eye flight from Los Angeles to Boston. But early in the flight, ten passengers awaken to a startling realization: All of the other passengers have vanished - and the ground below is only - ground. But once they manage to land the plane, the situation doesn't improve. No one is there-the air is still- the clocks have stopped - and a dread, evil presence bent on their destruction is headed straight for them. Based on the novella from the best-selling anthology Four Past Midnight, Patricia Wettig,Bronson Pinchot,Dean Stockwell and David Morse stare into the jaws of oblivion in this nightmare from the mind of Stephen King.

Based on the best - seller, Stephen King's Thinner stars Robert John Burke and Joe Mantegna in a story of supernatural terror and a countdown to the ultimate payback. A 109 -year old gypsy, hell-bent on revenge, exacts a curse so shocking it compels its victim to avoid shrinking away to nothingness. With time running out and a so bizarre and powerful, even death seems a more likely option."