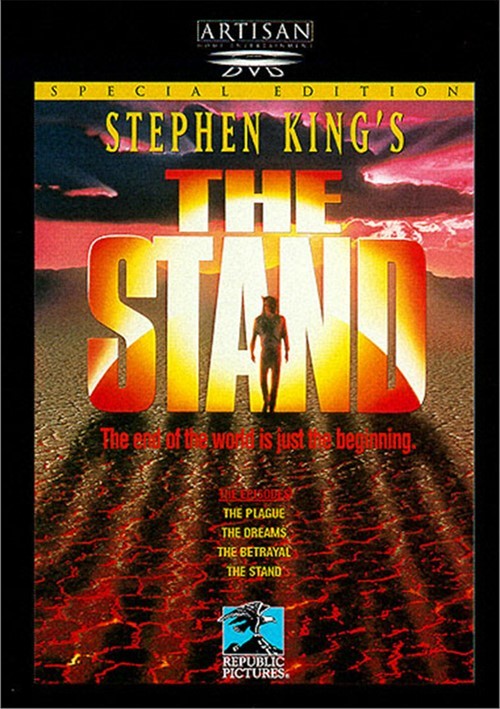 The end of the world is just the beginning.

Enter a near future of a horrifically plague-ravaged Earth where a fraction of its population survives, compelling them to choose sides between the overwhelming f-rces of good and evil, in this critically acclaimed film version of Stephen King's phenomenal, number-one best-selling novel The Stand.

Millions perish, and as small, isolated frightened bands unite, the answers to their perpetual questions to justify this end of civilization are bared in their dreams - revelations that urge some to embrace a path of virtue and others to gravitate towards a sinister course of darkness. As the opposing f-rces separate into two camps - one led by the saintly Mother Abigail and the other demonic Randall Flagg - the noble elements try to shield themselves from their corrupt enemy, whose ruthless potency is increased by their domination of an excavated nuclear warhead. Their extreme clash of wills makes it inevitable that these remnants of humanity will soon engage in a final confrontation - The Stand - an immense and atrocious battle which could result in annihilating the power of good and hurdle the fate of the planet into the reins of evil.

The Plague, The Dreams, The Betrayal, and The Stand.

Reviews for "Stand, The"