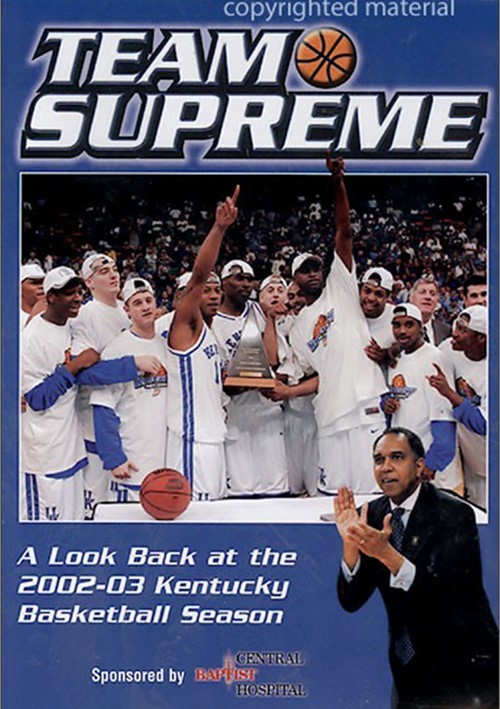 When the Kentucky Wildcats tipped off the 2002-03 season in Maui, Coach Tubby Smith had one common theme: to change the attitude from "me" to "we." The result? Team Supreme!

While the program celebrated its 100th season of unparalleled tradition, Smith's Cats put together one of the most memorable runs in Kentucky history, including a sweep of the SEC regular season and tournament; one of college basketball's most impressive victories in 2003 - the dismantling of No. 1 Florida in early February; the nation's longest win streak this season at 26 games and a 32-4 record that finished with the Elite Eight.

From Big Blue Madness to "Blue Orleans" and the NCAA Tournament, Team Supreme highlights the Wilcats' efforts as they turned to a suffocating defense to anchor their charge.

All of the Team Supreme accomplishments are captured here on the official 2003 video win exclusive interviews, highlights and behind-the-scenes coverage.

So enjoy the wonderful ride through a Bluegrass winter that once again turned this small Southern state into a basketball mecca. As Coach Smith stated, "Future Kentucky teams will measure themselves against what this team has accomplished."