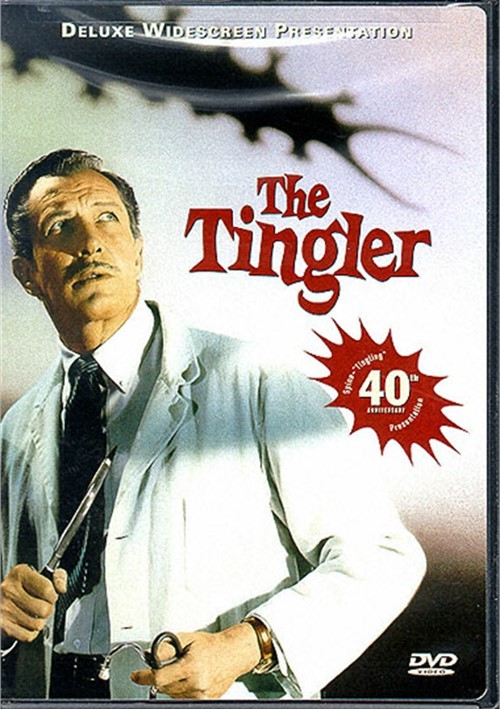 Vincent Price stars as an obsessed doctor who discovers that feat manifests itself as a parasitic creature, which grows on the spinal cords of terrified people. If they scream, the Tingler can be destroyed. If they don't, it will sever the spinal column and kill them. He successfully isolates and removes the Tingler from a deaf mute (Judith Evelyn) who has been scared to death by her devious husband. Once captured, the Tingler escapes and runs amok in a crowded movie theater. Terror is loose, but can it be stopped?

The Tingler is legendary horror director William Castle's magnum opus. After the success of House On Haunted Hill, Castle devised a new gimmick called "Percepto" for The Tingler. Participating theaters would wire seats so that random moviegoers would get a tangible electric shock during climactic moments in the film. Another novelty used to maximum effect is the short color sequence depicting blood pouring from a faucet and filling a bathtub. Castle went on to direct more cult classics like Homicidal and 13 Ghosts and later produced the mainstream hit Rosemary's Baby.

Reviews for "Tingler, The - 40th Anniversar"