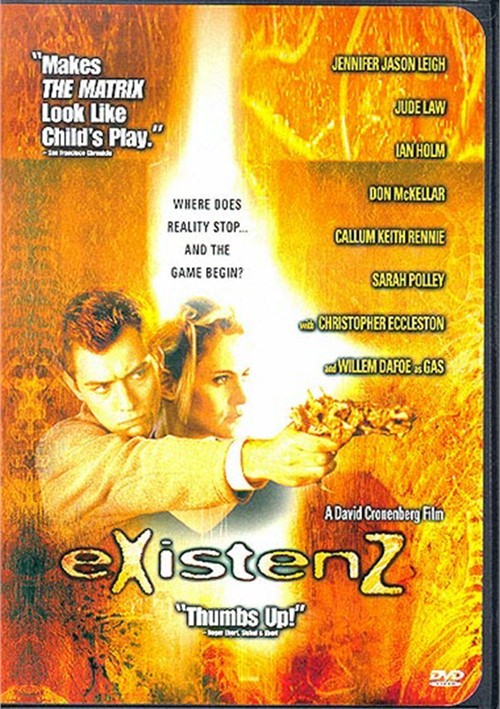 Where Does Reality Stop... and The Game Begin?

Exciting stars Jennifer Jason Leigh (Dolores Claiborne), Jude Law (Gattaca) and Willem Dafoe (Speed 2, Affliction) challenge the boundaries of reality in this futuristic, critically acclaimed adventure thriller! During the first closed-door demonstration of an amazing new virtual reality game - called eXistenZ - the system's brilliant designer, Allegra Geller (Leigh), is violently attacked by a crazed assassin intent on killing her and destroying her creation! F-rced to flee into hiding, Allegra enlists a young assistant (Law) to help her in testing the damaged system...by convincing him to join her inside eXistenZ! The action then explodes as their world's real-life dangers begin to merge with the fantasy of the game! If you're ready to play, it's now your turn to plug into this powerfully entertaining hit!