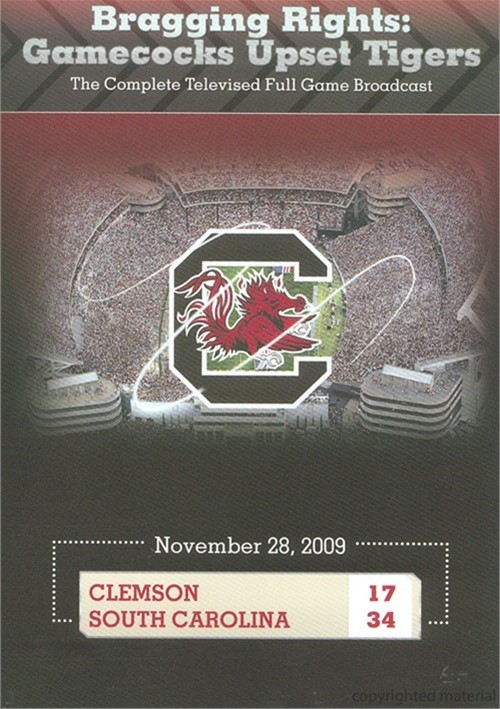 The annual Palmetto State "Bragging Rights" rivalry game against Clemson had not been a favorable contest for the Gamecocks as of late. No. 15 Clemson came into this year's matchup having won the last two clashes, 10 of the last 12 and three straight at Williams-Brice Stadium. It appeared that the 107th meeting between the Gamecocks and the Tigers was going to be more of the same, as Clemson RB C.J. Spiller returned the opening kickoff88 yards for a touchdown. However, the Gamecocks responded with 24 unanswered points in the first three quarters. The Gamecock defense kicked into overdrive as they f-rced three turnovers and held Spiller in check for the rest of the game. South Carolina QB Stephen Garcia threw for 3 scores and RB Kenny Miles rushed for 114 yards to ensure that the Hardees's Trophy would be coming back to Columbia after a 34-17 victory. This win was significant not just for "Braggin Rights," but it was South Carolina's second victory over a ranked opponent this season and guaranteed a winning record for the fourth time in the five-year Steve Spurrier era.

Reviews for "Bragging Rites: The Carolina -"