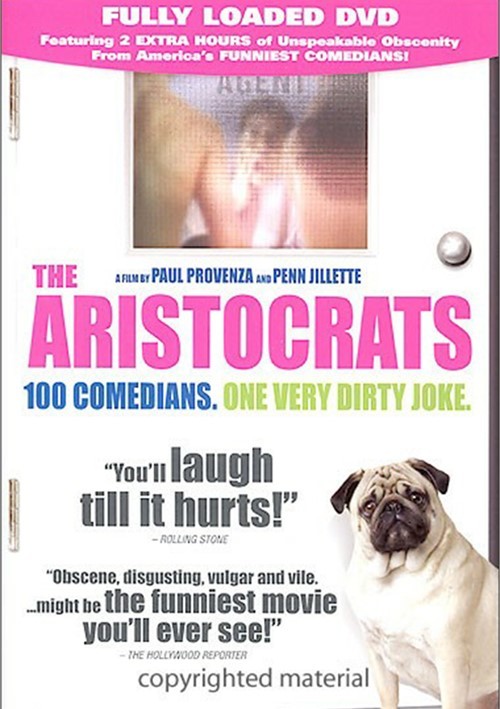 Comedy veterans and co-creators Penn Jillette (one half of the hit duo Penn & Teller) and Paul Provenza capitalize on their insider status and invite 100 of their closest friends (who happen to be some of the biggest names in entertainment, from George Carlin, Whoopi Goldberg, Drew Carey to Gilbert Gottfried, Bob Saget, Paul Resier and Sarah Silverman) to reminisce, analyze and deliver their own versions of the world's dirtiest joke - an old burlesque routine too extreme to be performed in public - called The Aristocrats.

Don't miss this critically acclaimed, star-studded comedy extravaganza that celebrates the art of improvisation and the finest (and most foulmouthed) traditions of stand-up. It's 100% guaranteed to stretch the limits of good taste...and how loud and long you can laugh!

Reviews for "Aristocrats, The"