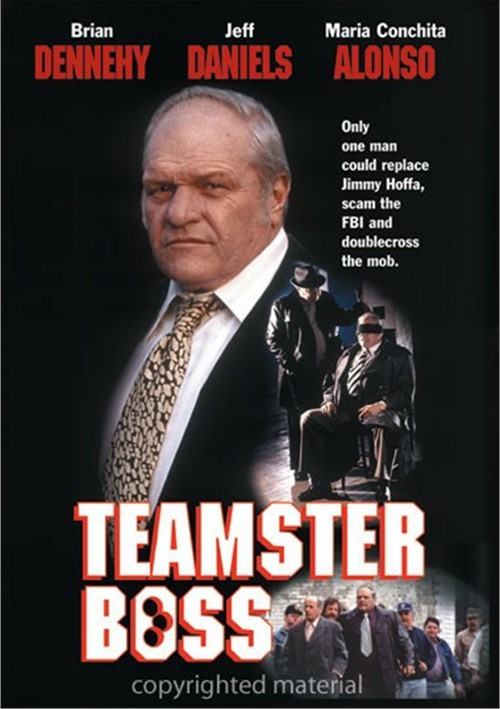 Only one man could replace Jimmy Hoffa, scam the FBI and double-cross the mob.

Starring Brian Dennehy, Jeff Daniels, Maria Conchita Alonso, Eli Wallach and Robert Prosky, Teamster Boss blows the lid off of union corruption,. After Hoffa, only one man was big enough to take control. He was a car thief and a loan shark. He liked his food good, his women bad and plenty of both. Jackie Presser (Brian Dennehy) was one of the most devious and greedy men that ever lived. And he was destined to run the most corrupt union in America. When Presser had his sights set on the presidency of the Teamsters Union, he knows how to get there. Make friends with the right people on both sides of the law, and make no enemies who live long enough to cause trouble.

So Presser becomes friendly with Mafia bosses and uses them to wipe out his rivals. He makes friends with FBI agent Tom Noonan (Jeff Daniels) and uses him to keep the lid on the Mafia. When he thinks he becomes a friend to a fellow President - of the USA - it's hard not to make powerful enemies...and powerful enemies can by deadly.