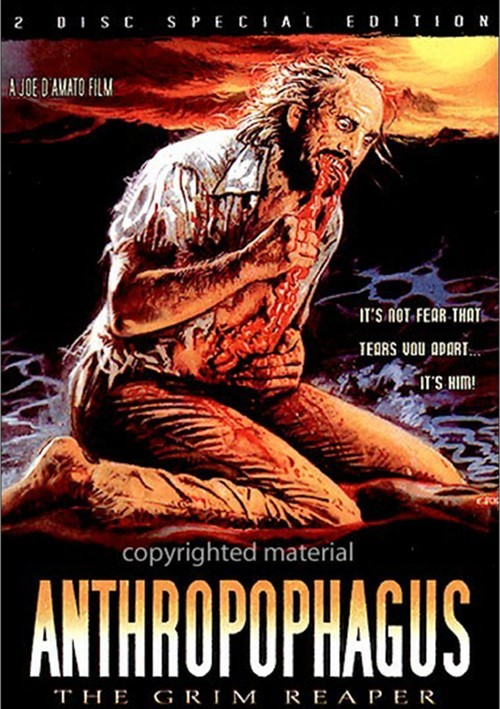 It's Not Fear That Tears You Apart...It's Him!

A group of tourists take a boat ride to a deserted island. Once there, they discover that most of the residents have disappeared and soon find themselves being stalked by a malevolent presence. They try to uncover the mystery but nothing could possibly prepare them for what they would eventually find.

Reviews for "Anthropophagus: The Grim Reape"