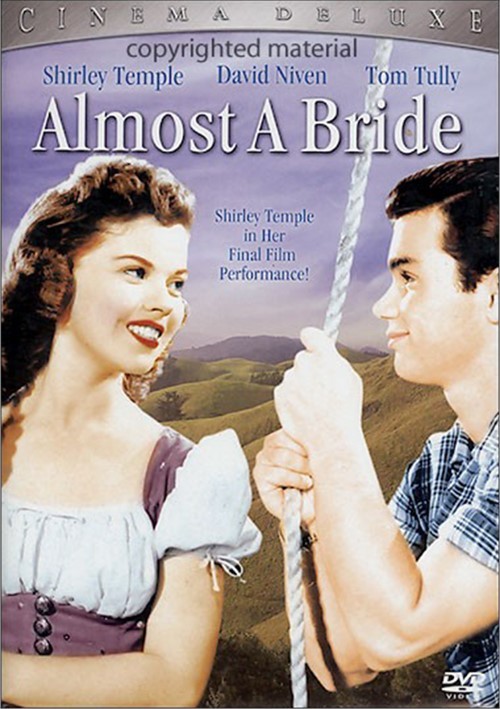 Shirley Temple stars as Corliss Archer in this follow-up to Kiss and Tell, in what would become her final film role. Once again Corliss is up to no good, when she develops a crush on the dashing playboy Kenneth Marquis, played by David Niven. So infatuated with this man, Corliss writes in her diary that they are dating, even though they are not. When Corliss' parents find the diary and suspect their teenage daughter is dating an older man, chaos ensues.

Reviews for "Almost A Bride"