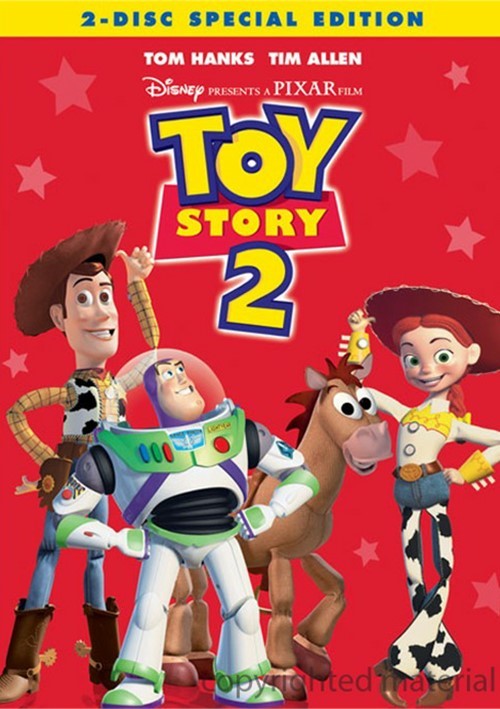 Just Released From The Vault! Limited Time Only!

A Golden Globe Award winner for Best Picture, Toy Story 2 has become a favorite all across the world, garnering praise from fans and critics everywhere. It's "an instant classic," raves New York Magazine. Now in a 2-disc collector's edition with a sparkling new picture and spectacular home theater mix, this groundbreaking animated adventure is even better!

While Andy is away at summer camp, Woody is toynapped by AI, a greedy collector who needs Andy's favorite toy to complete his Roundup Gang collection. Together with Jessie, Bullseye and the Prospector, Woody is on his way to a museum where he'll spend the rest of his life behind glass. It's up to Buzz, Mr. Potato Head, Hamm, Rex and Slinky Dog to rescue their friend and remind him what being a toy is all about.

Bursting with exclusive bonus features, including deleted scenes, outtakes, a new game and much more, this hilarious comedy classic raises the bar on family entertainment to infinity and beyond.

Deleted Scenes
Hilarious Outtakes
New Sneak Peak at Pixar's Next Animated Picture
All-New Game "Which Toy Are You?"
And Much More!