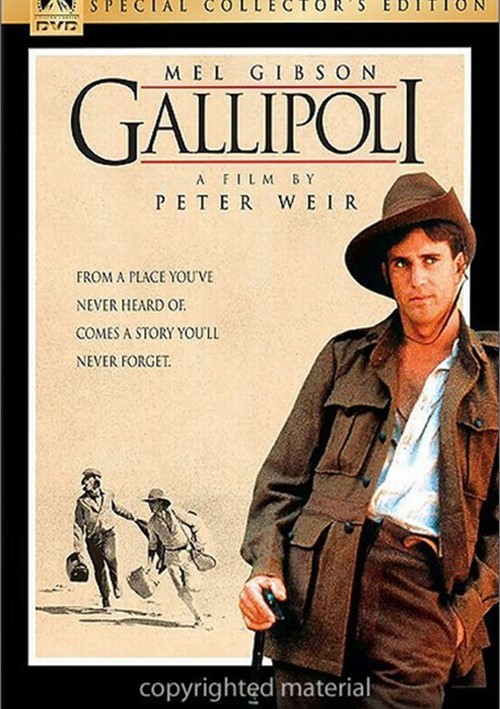 From A Place You've Never Heard Of, Comes A Story You'll Never Forget.

This Special Collector's Edition DVD provides a fascinating new look into the riveting drama that is Gallipoli, the much-acclaimed film directed by Peter Weir (Witness, The Truman Show). Mel Gibson and Mark Lee are electrifying as the two patriotic young army enlistees drawn into the ill-planned and disastrous Battle of Gallipoli in Turkey during World War I. The result is a stirring, unforgettable motion picture.