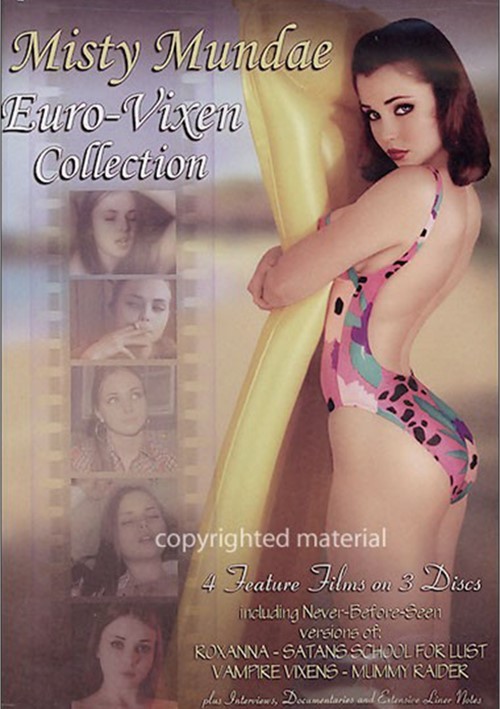 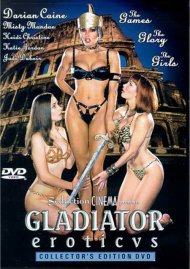 Popular Seduction Cinema actress, late night cable TV sensation, and `B' movie starlet Misty Mundae is instantly recognizable as one of the most talented and seductive women working in the genre today thanks to star performances in cult classic erotica hits including Play-mate of the Apes, SpiderBabe, Lord of the G-Strings and Gladiator Eroticus. Her innocent, doe-eyed beauty and girl-next-door allure have charmed, excited, and enticed millions of fans across the United States... and around the globe! The Euro-Vixen 3-Disc Collection proudly presents the alternate - and hotter! - European cuts of four Misty films... versions never-before-seen in the U.S. They amply attest to Misty Mundae's international sex appeal and stunning popularity overseas.

When peril threatens the world, it's up to deadly yet delectable super-secret agent Misty Mundae to save the day, seduce the villain, and win the girl. Previously released only in Japan / UK.

Misty is a sexy, saucy slut with a drug habit who also indulges an insatiable desire for hot`n'kinky lesbian love. Previously released only in the UK