Deathless Devil / Tarkan Versus The Vikings 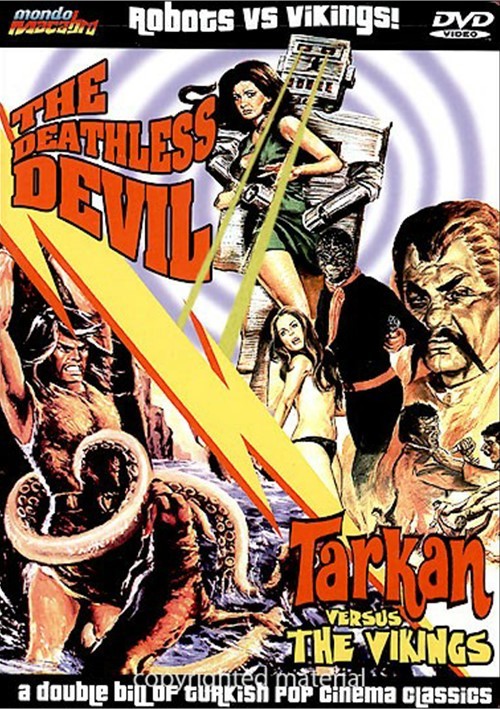 The Deathless Devil pits a masked superhero against the devious Dr. Satan and his killer robot.

Tarkan is a Conan-style hero, who roams the plains with his faithful dog, Kurt. Here he comes up against a band of vicious Vikings, who take great pleasure in sacrificing nubile maidens to a hungry octopus!