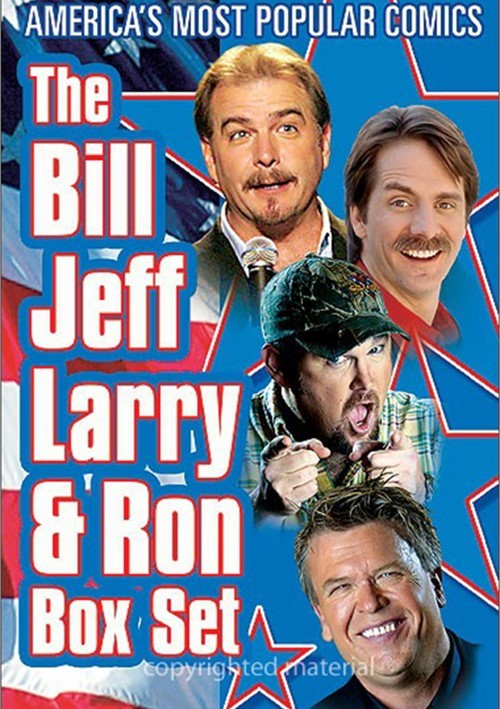 Four of America's funniest comedians will have you wiping away tears of laughter in this incredible box set! Delivering smart-talking insights on family life is the hilarious Bill Engvall, star of four #1 albums including the platinum-selling Here's Your Sign, in Here's Your Sign: Live!.

Then get a double dose of laughs in two shows with the all-time bestselling comedy recording artist Jeff Foxworthy, who shares his sidesplitting observations and his famed "You might be a redneck if..." wisecracks.

You'll bust a gut with Larry the Cable Guy, whose catchphrase "Git-R-Done!" has spread throughout America with the release of two gold-certified comedy CDs. The laughs continue with Ron White, the witty, razor-sharp comic of the popular comedy CD Drunk in Public. You'll recognize your neighbors...and yourself!...in this incredible box set's four outrageously funny DVDs.