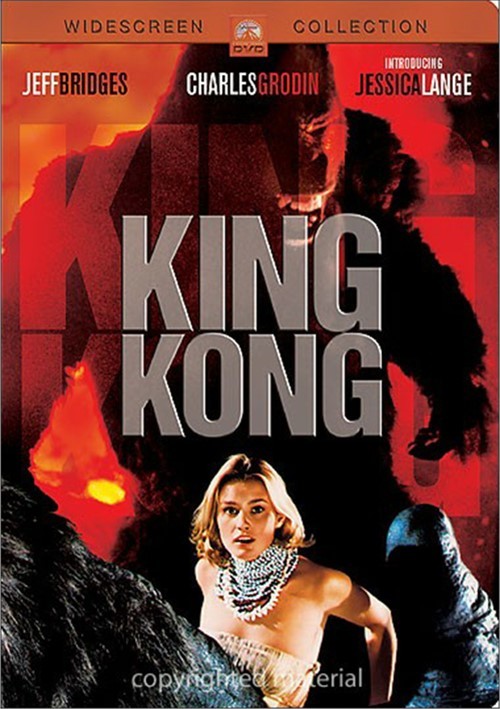 The Petrox company's search for new oil reserves on a strange island unleashes a terror unseen by civilized man - KING KONG! The timeless story of a "beauty" (Jessica Lange, making her feature-film debut) and a "beast" comes to the screen in this ambitious production from Dino De Laurentiis. Charles Grodin is the scheming oil company shark out to exploit the giant beast to his fullest. And Jeff Bridges is the desperate hero, Jack Prescott, who attempts to wrest the beautiful heroine (Lange) from King Kong's grasp. New York City trembles with each echoing footstep of the towering ape set loose in the streets!