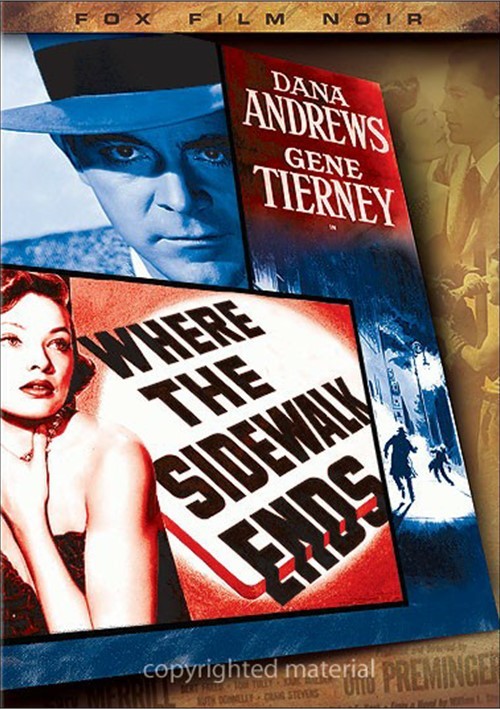 In this hard-hitting mystery drama, Mark Dixon (Dana Andrews) is a cop who loathes hoodlums so much that he's demoted for slugging suspects. On a murder case, even though he suspects a hood named Tommy Scalise (Gary Merrill), he loses his temper and kills another suspect. He then falls in love with that man's widow (Gene Tierney), but stands by as her father (Tom Tully) is charged with the murder. Ultimately, Dixon realizes he must find a way to clear the older man without implicating himself.

Review "Where The Sidewalk Ends"

Reviews for "Where The Sidewalk Ends"