Flash Gordon: The Dominion Of Ming 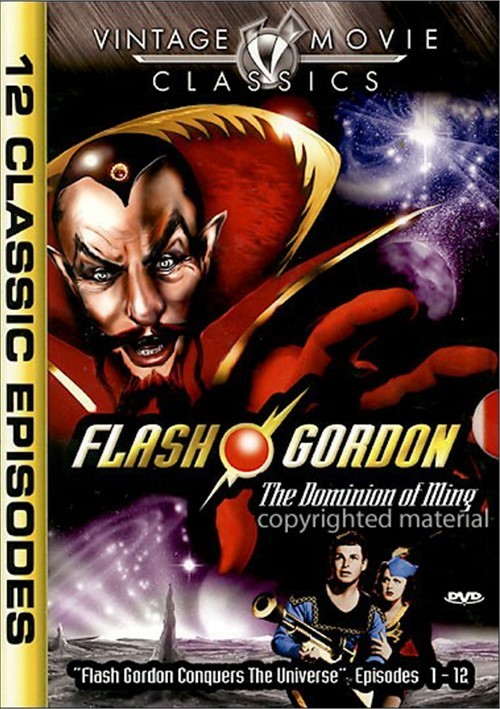 Flash Gordon: The Dominion Of Ming

In this collection of all 12 chapters of the classic pulp serial, a mysterious plague is ravaging the earth. Dubbed the Purple Death, Dr. Alexis Zarkov (Frank Shannon) is determined to find the cause. Using his spaceship to investigate, he discovers a ship from Mongo tampering with Earth's atmosphere. Informing Flash Gordon (Larry "Buster" Crabbe) and Dale Arden (Carolyn Hughes) that their old nemesis Ming the Merciless (Charles B. Middleton) is up to his old tricks, the three head to Mongo to confront him. When they arrive they find allies in Prince Barin of Arboria (Roland Drew) and his wife Princess Aura (Shirley Deane), who is Ming's daughter. In order to secure an antidote to the deadly disease, the heroes must free Frigian military leader General Lupi (Ben Taggart). Ming will not be thwarted so easily, however, and he sends his henchmen to pursue Flash from northern tundra to uncharted deserts. Flash and his friends must outwit Ming's top minions and topple the tyrant in order to save the Earth and the entire universe!

Review "Flash Gordon: The Dominion Of "

Reviews for "Flash Gordon: The Dominion Of "