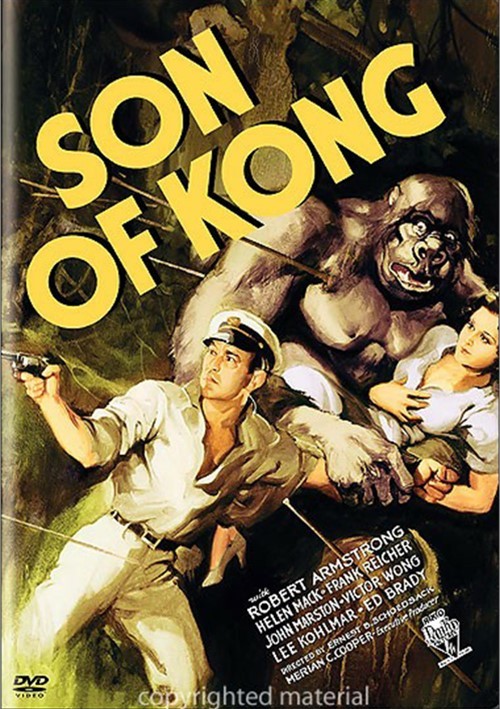 Adventure Runs In The Family.

Carl Denham, the showman who brought Kong to New York, returns to Skull Island in search of a rumored treasure. He finds diamonds, all right. And something even more remarkable - Kong's son, a spunky 12-footer with a winning personality and his dad's awesome strength.

The filmmakers who created King Kong kept the king-sized excitement going with this sequel, released the same year as the original. Robert Armstrong reprises the role of Denham, paired with a new damsel in distress, played by Helen Mack. The two rescue Kong Jr. from a quicksand pit and get in return a devoted protector who defends them from fierce prehistoric monsters, including a giant cave bear. But when a mighty earthquake strikes Skull Island, even the son of Kong may not be powerful enough to save them.

Reviews for "Son Of Kong"