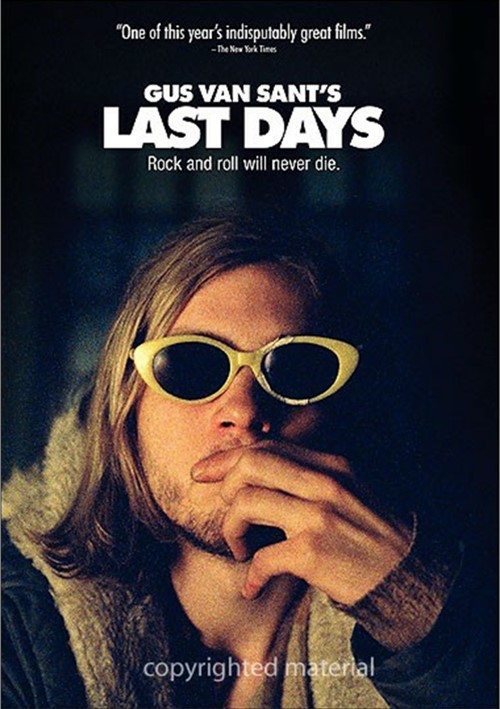 Rock and roll will never die.

Official selection in the 2005 Cannes Film festival, Gus Van Sant's Last Days is inspired by the last days of Kurt Cobain. The film introduces us to Blake (Michael Pitt, The Dreamers), a brilliant, but troubled musician. Success has left him in a lonely place, where livelihoods rest on his shoulders and old friends regularly tap him for money and favors. The film follows Blake through a handful of hours spent in and near his wooded home... a fugitive from his own life.