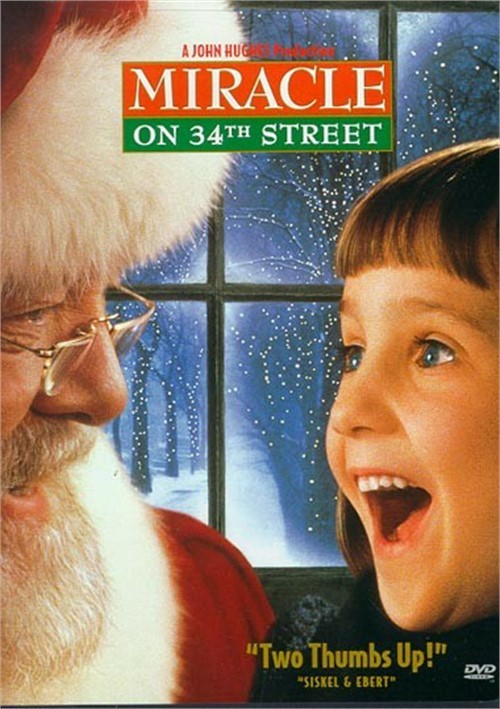 In this new holiday "miracle" based on the famous 1947 film classic, a little girl discovers dreams can come true if you really believe. Six-year-old Susan has doubts about childhood's most enduring miracle - Santa Claus. Her mother told her the "secret" about Santa a long time ago, so Susan doesn't expect to receive the most important gifts on her Christmas list. But after meeting a special department store Santa who's convinced he's the real thing, Susan is given the most precious gift of all - something to believe in. Starring Richard Attenborough, Elizabeth Perkins, Dylan McDermott and Mara Wilson as Susan, this uplifting and joyous film will make believers out of the entire family.

George C. Scott stars in this critically acclaimed version of Charles Dickens' holiday classic in which a bitter old man discovers the meaning of Christmas.

Christmas elicits nothing more than "Bah, humbug!" from Ebenezer Scrooge (Scott), a miser whose sole pursuit of financial success has left him a bitter and lonely old man. But a Christmas Eve visit from the ghosts of Christmas Past, Present and Future ultimately teaches him to open his heart to the spirit of Christmas and to the joys of friends and family.

Filmed entirely on location in the historic English town of Shrewsbury, this lavish production vividly brings to life one of the world's best-loved Christmas stories.

Both titles are in their original aspect ratios

A Christmas Carol
Features Not Specified