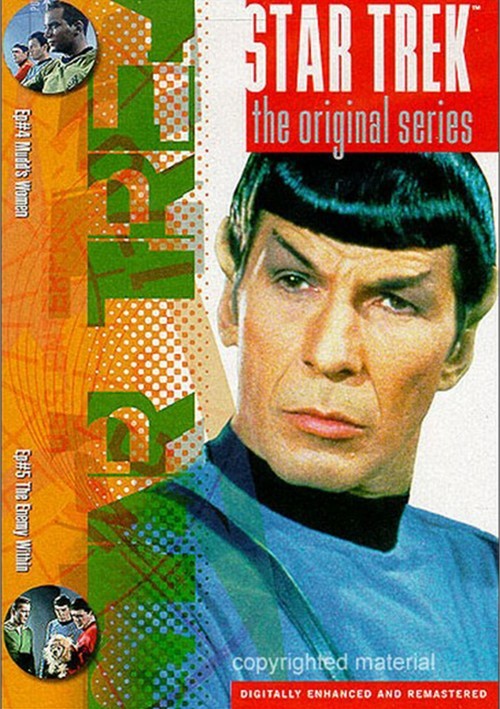 Kirk beams aboard the crew of a vessel destroyed by asteroids, but at a price. All but one of the Enterprise's lithium crystals have burned out. The commander of the destroyed transport is Harry Mudd (Roger Carmel), scoundrel and space pirate. His cargo: three ally beautiful women who immediately disrupt the moral workings of the ship. Kirk heads for Rigel 12, a lithium mining colony. But Mudd secretly contacts the miners and Kirk discovers they will only trade the lithium for Mudd's Women.

A transporter malfunction causes Kirk to be split into separate beings: one compassionate, the other savage. Spock and McCoy suffer along with their friend as Kirk confronts a side of his nature no man should see. His only hope for survival is to reunite his two selves. But Kirk's passive half is loosing the ability to make decisions, and a stranded landing party is slowly freezing to death on the planet below. This episode marks the birth of the Vulcan neck pinch and McCoy's now classic line, "He's dead, Jim."