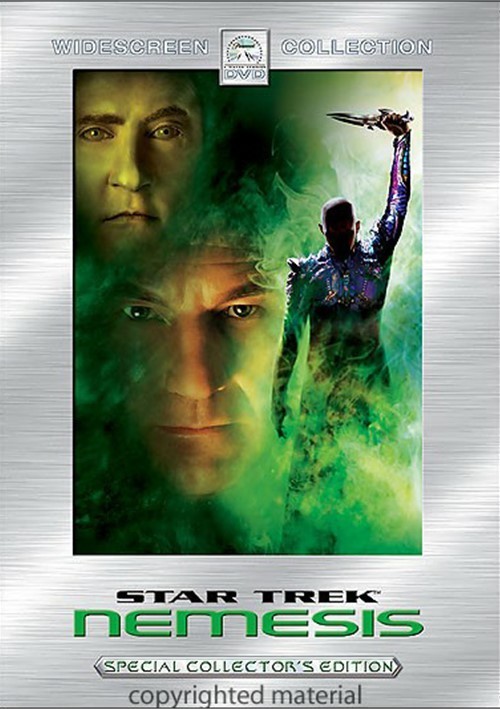 Set a course for a galaxy of unparalleled action and adventure as Captain Jean-Luc Picard (Patrick Stewart) and his starship crew battle a chilling new adversary...that just happens to hold a shocking link to Picard!

In the wake of a joyful wedding between Riker (Jonathan Frakes) and Troi (Marina Sirtis), Picard receives another reason to celebrate: the Romulans want peace and the captain will be the Federation's emissary. But as the Enterprise heads toward the Romulan Empire, a brilliant villain awaits - harboring a diabolical plan of destruction and an unimaginable secret that will give Picard his most fearsome challenge.